History of Our School

Who was John Stainer?

Sir John Stainer (6 June 1840 – 31 March 1901) was an English composer and organist whose music, though not generally much performed today (except for The Crucifixion, still heard at Passiontide in many churches of the Anglican Communion), was very popular during his lifetime. He was also active as an academic, becoming Heather Professor of Music at Oxford. Stainer was born in Southwark, London in 1840, the son of a cabinet maker. He became a chorister at St Paul's Cathedral when aged ten and was appointed to the position of organist at St Michael's College, Tenbury at the age of sixteen. He later became organist at Magdalen College, Oxford, and subsequently organist at St Paul's Cathedral. When he retired due to his poor eyesight and deteriorating health, he returned to Oxford to become Professor of Music at the university. He died unexpectedly while on holiday in Italy in 1901.

The school and World War 2 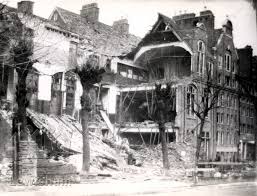 The school also experienced a direct bomb hit during the war when it sustained significant damage. We are lucky enough to have an ex-pupil Frank Wallace, who kept letters from his parents and other information from when he was evacuated. He told me how in the severe winter of 1942 as a 5-year old he had lessons in a tent in the playground!

Here is a lovely account of Stella O'Brien's life at John Stainer.  She was kind enough to get in touch with us, after looking at our website during lockdown, and going down memory lane.  You can read her story here:

After a very troubled history, and a long period on Special Measures, in 2006 the school was recognised as the third most improved in the country. The 2008 OFSTED gave us 13 outstanding judgements, and finally the inspection in 2012 judged the school to be outstanding in every area.

OFSTED 2012 "The school has improved significantly over time. This has come about largely through the skilful leadership of the headteacher, ably supported by a talented staff and highly capable governing body. They share an ambitious vision for continuous improvement, and the result of their work is a harmonious school community which benefits from strong parental relationships". 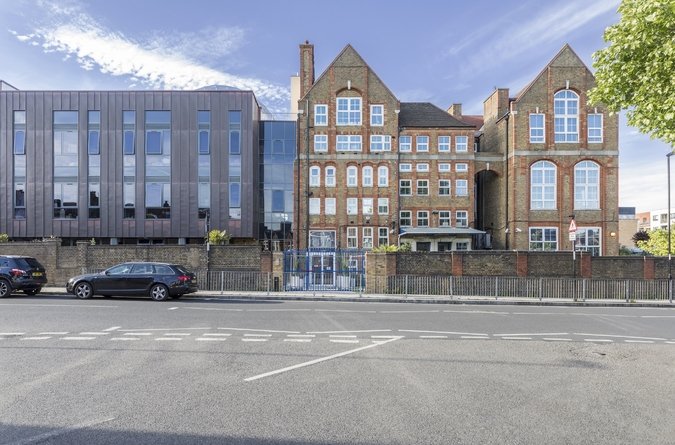 Because of the success of the school and how heavily oversubscribed it was every year, in 2013 a decision was made to rebuild the school so it could double in size. This work is now fully completed.

We also have two famous singers who are ex-pupils, Gabrielle and Mica Paris! Below are links to their websites

Read here about the achievements of an ex-pupil in diving.....